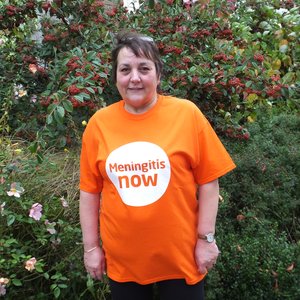 I first made contact with Meningitis Now in 2000 when, at the age of two, our youngest daughter, Lydia, contracted meningococcal C and developed septicaemia

After a few heart-stopping days fighting for her life and a long time in hospital, Lydia was able to come home and start the long road to recovery and adjusting to life with major scarring to her hands and legs and missing a number of her finger ends, which had been killed by the septicaemia. We knew we were lucky as she had been so close to death.

Over the following years we have been involved both as a family needing support and as volunteers offering support to others. Our elder daughter became a Young Ambassador and one of our proudest moments was when she spoke at the House of Commons to raise awareness regarding the disease and how it affects the victims and their family.

I was honoured when I was asked to become a Community Ambassador and look forward to taking on the role.