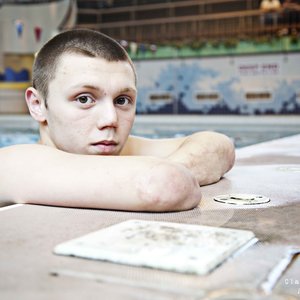 I can’t remember much about it because I was only a baby. It all started when I woke up on the morning of August 3, 1996. I was pale, floppy and refused my feed. Mam knew there was something wrong, so she took me to the GP and my temperature was high so the doctor said they were sending me into hospital for observation.

At around 9pm my mam noticed three tiny red spots on my chest, so went and asked the nurse to check me, then the doctors came in and whisked me off into the treatment room.

Mam was listening and waiting for news on what was wrong, then a doctor came in and said “your son has developed septicaemia”.

Mam knew it was bad. I was deteriorating fast - the rash was spreading before everyone’s eyes. I was sedated and can’t remember any of it.  I was rushed into intensive care in the early hours of the August 4, with the doctors doing everything they could to save me. Then at about 8am, an ambulance whisked me off to Newcastle General Hospital.

I fought for my life, then on the August 13 the doctors told my mam that the only chance of me surviving this terrible disease was to amputate my right hand and right leg. Then two days later they took me back to theatre to amputate my left leg, below the knee. I also had to have my fingertips amputated and skin grafts on my legs and left arm. In total I was in intensive care for three weeks and on a ward for four and a half weeks.

My mam has encouraged me to participate in anything I can. I am a swimmer and swim most days; my ambition is to represent Great Britain at a Paralympic games in the future, so I train very hard, I tell myself BELIEVE AND ACHIEVE. I am hoping to take part in the 2016 Paralympics and show others that have been struck down with meningitis that anything is possible if you stick at it!

Oam also hoping to do motivational speeches, so that I can share my experience with others and motivate them and also to promote Meningitis Now even more and hopefully they will become more recognised.

I have won numerous awards for inspirational courage and determination to overcome severe disability and achieve sporting success.

Since the day I was taken ill, Meningitis Now has been there and supported my family all the way through from the start to the finish. They have always helped by supporting my family through any difficulties that they have with talking about the disease and getting it out there so that others know what it can do to you.

I wanted to become a Young Ambassador so that I could help the charity out as much as I can, but to also to let others know what the symptoms are and also that the charity is there to help and support everyone through the horrible disease.