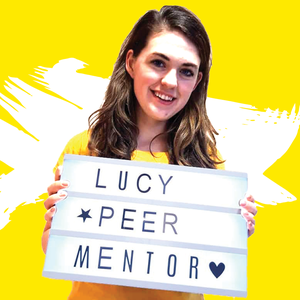 I had been on a lovely night away in London when my Auntie Julia rang me. She was meant to be picking me up from the station but when she called she explained Emily had been air-lifted to hospital because she was unwell. We were all terrified but had no idea what was going on. Early the next morning, on New Year's Day 2014, my family and I went to the hospital where Emily was. I can't remember everything that happened that day. Only that we were all in a room together and every now and then the doctor would give us news, and it was never good. Emily wasn't getting better. Later that day I saw my Emily, who I had grown up with and had so many adventures with, for the very last time.

Emily had MenB and it killed her in six hours. Our family were left completely devastated but not only were we heartbroken, we were confused. How could my perfectly healthy cousin who I'd seen a day before she fell ill have lost her life so suddenly? We were all keen to raise awareness of this disease and stop others going through what we had to, and so we started the Emily Styles Forever Fund. Since then we've campaigned to get the MenB vaccine on the NHS, raised awareness of meningitis symptoms in the media and done lots of events to raise money. There was no vaccine available to Emily when she got MenB so spreading the word about it is so important to us.

I was in my first year of university at Warwick when Emily died. After it happened, I went back to uni and did my English degree. Even though life would never be the same, I've been trying to do Emily proud ever since. She was so full of energy and excited by life, and so caring of others, and I try to be the same. Now I live in London and work as a journalist and editor. In my spare time I love playing netball, running, creative writing and also generally trying out new activities - recently I tried bouldering! I love to cook, read and travel to new places too. I'm a massive animal person and currently have a cat and a hamster.

I decided to become a peer mentor because I never want anyone to feel like they are alone after experiencing meningitis. I want to be there for someone to talk to, whether they're having a bad day or have something to celebrate. Since working with Meningitis Now and being part of Believe & Achieve I really feel like my confidence has grown so I'm over the moon to be getting even more involved as a peer mentor.