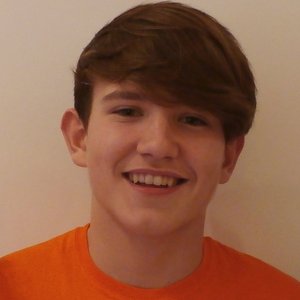 Ever since I truly understood the loss of my uncle, I have wanted to do something to prevent more devastating losses like that of Uncle James.

The story of James truly begins on Sunday 28 April 1991. It all started with what seemed to be just an average sickness bug; a headache and fever, but this very quickly escalated to James collapsing the next morning and septicemic spots being visible on his skin. Due medical professionals not being as aware as they are today, of the symptoms of meningitis, James was taken back into the house, having being diagnosed with 'flu' and my grandparents being told he would be fine in a few days. At this point, little did anyone know, James was now fighting for his life - a fight he would sadly later lose.

Around 2 hours after the doctors initial diagnosis of 'flu'; he returned saying he had misdiagnosed and that James needed to be in hospital as quickly possible. Late that afternoon he was admitted to the children's ward... only to be rushed into ITU around 6 and on life support by 7. At this point James would never open his eyes, speak or wake up again. The harshest thing about Meningitis is how it strikes so quickly, like a snake, where it hurts the most; it is a truly evil disease.

At around 00:00 hrs on Wednesday morning, my uncle James was declared brain dead. In the early hours of Wednesday, my grandparents, Robert and Barbara Johnson, we relayed this heart breaking news. They were then asked to consider switching off his life support.

Later that day, surrounded by my mother (Andrea), grandparents and other close family members, James' life support was switched off. This occurred at 6:30pm. At 7:00pm on Wednesday 1st May 1991, heaven gained another angel.

After James' passing, The Meningitis Trust (as it was known then) helped my family so much, they were a source of hope and support. On May 1st 2016 it will be 25 years since James passed away, we will never forget him. Although the pain of my families loss will never fade, we must never lose sight of our goal. To beat Meningitis once and for all; so no one has to ever go through what my family did again.

I have had a remarkable few months already with the charity, my goal is to do my part in saving lives and rebuilding futures. Although I wish I had my uncle here with me right now, I am proud of what family and I have done since, I hope we have done him proud so far.