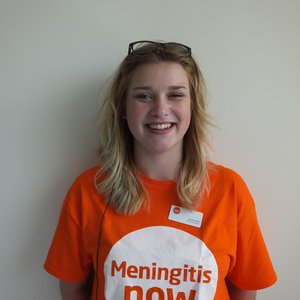 I contracted meningitis a week after my first birthday. I do not recall anything as I was too young. At first I was misdiagnosed with gastroenteritis as I did not display textbook symptoms of meningitis. It was only due to the gut instincts of a young registrar who asked to do a lumbar puncture that was I saved from any further damage, with antibiotics administered immediately. It took six weeks for a precise diagnosis of my profound hearing loss; I was then fast tracked for a cochlear implant as hearing aids were of no use.

I was 'switched on' at 18 months old. After that my mother gave me the chance to improve my speech and reach my full potential, by going to private speech therapy in London. I have knowledge of sign language, but prefer to communicate through oral speech.

We returned to Plymouth where I was born in 2004 as that was where my mum grew up. She became involved in the Plymouth & District Deaf Children's Society and in 2011 she became Chairperson, which inspired me to become Youth Spokesperson for the charity, helping other deaf children and their families.

Although I have this role, meningitis is still a big part of me, which is why I wanted to be a Young Ambassador to help raise awareness of the disease and its symptoms along with its after-effects. Meningitis Now has helped me and my mum through some very tough times, so becoming a Young Ambassador is my way of giving something back to them for all their support.

Although I have had meningitis and am deaf, I do not consider it a negative part of my life as I have been given the chance to help others, whether it's through Plymouth & District Deaf Children's Society or Meningitis Now.