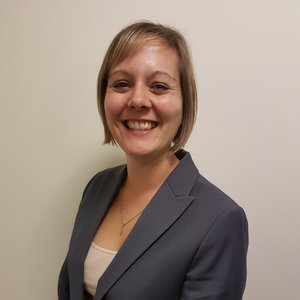 Hannah moved into the Charity sector in 2017, having previously spent 12 years in a variety of Finance roles with Vodafone, both in the UK and Italy.

Originally from Lincolnshire, Hannah became involved with Meningitis Now after meeting the Senior Management team at a Vodafone training course in September 2016 and found herself inspired by what we do. She volunteered for a year with the charity as a part-time Finance Director and was elected to the Board of Trustees as Treasurer in October 2017. Hannah's involvement with Meningitis Now was one of the things that made her move permanently away from the Corporate world and into the Charity sector.