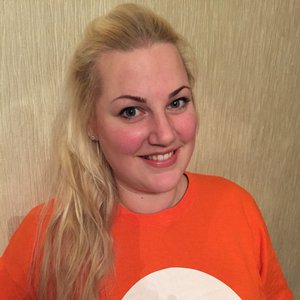 Meningitis Now have given me the focus to carry on, to honour George's life and memory.

George was the happiest, liveliest, giggliest little baby you could ever meet. He rarely cried and was always into everything and loved to make people smile. He was advanced for his age and we managed to squeeze so much into those precious, short 10 months we were privileged to have him for.

George became ill very suddenly on his first ever holiday abroad in Tunisia. The speed at which meningitis took hold of George was frightening. From simply being sick, tired and clingy to suddenly becoming unresponsive, weak and struggling to breath for himself in the space of a few hours.

Nothing can prepare you for the loss of a child and to have to carry on life without them beside you is a very hard step to take. With the support, kindness and help of this amazing charity I feel that George's life has saved so many others, including my own.

Meningitis Now has given me the focus to carry on, to honour George's life and memory, and it’s something I can never thank them enough for.

I am so proud to have raised money in George's memory and I feel his life means so much to so many people because of the money he's inspired people to raise and donate.

I am so happy to be given the opportunity to become a Community Ambassador because I feel there is no better way to honour my little boy and make him proud of me than to help others in his name, preventing any other families losing their child and living the rest of their lives with someone so special missing.

Since 2015 I have gone on to have George’s little brother and sister Henry and Maci. That I was able to do so is thanks partly to the counselling support from Meningitis Now after losing George. It really helped me process my loss and realise that life can go on and it’s okay to be happy again.

Meningitis Now has supported my family in so many ways and getting to meet other bereaved families at the Family Days and Forever Days means so much. Henry and Maci also love coming along to the Meningitis Now events and it’s a lovely way to remember George all together as a family.

Being an ambassador for the charity is a real honour and something I take very seriously. I hope that by continuing to help raise money and raise awareness I am in some small way helping to achieve their aims in George’s memory.