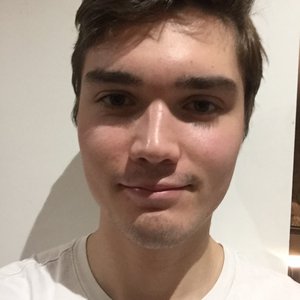 It was the last week of term before we broke up for Christmas and I had felt ill all week. I had had a really bad headache and felt really run down.

By Friday night I had started to feel a bit better. I had dinner with my family and was just really looking forward to Christmas. However, things took a sudden turn for the worse in the early hours of Friday morning. I started vomiting continuously and felt terrible. I just thought if I went back to sleep everything would be alright.

My dad slept in my room that night to make sure I was okay but when he tried to wake me in the morning I was unresponsive. My mum and dad called round our next door neighbour, a retired nurse, who told them to ring 999 immediately.

When they did, they were told the ambulance would take over an hour to get there. She told them that they needed to get there sooner or I might die. I am thankful to her until this day. If it wasn’t for her, I honestly might not be alive to write this.

I was rushed to Hillingdon Hospital and taken straight to intensive care, where I was unconscious for 24 hours. When I came round I was completely bewildered. Where was I? Who were all these people? Why were there loads of wires sticking out of my arm?

My mum and dad were both sat by my bedside. They looked like they were about to cry. They were both so relieved. From that point onwards, they knew I was on the mend, and so did I. After another day in intensive care, I was taken to a children’s ward, where I spent the next two weeks.

The few months after coming out of hospital were probably the toughest few months of my life. I felt so isolated from my friends. They had no idea what I had just been through and they didn’t understand why I couldn’t do a lot of the things I could do before.

I have always played football to a very high level and after I had meningitis I couldn’t play for over four months. This was heart-breaking for me, especially since at the time I had no idea that I would ever play again.

I wanted to become a peer mentor for Believe & Achieve because going through this experience made me feel passionate about raising awareness of meningitis and trying to help people who have been through a similar situation to me.