Johnny, from Ilkeston, Derbyshire, contracted meningococcal septicaemia as a child, becoming so severely ill that his parents were told if he survived the next six hours, he would likely be left deaf, blind or with an acquired brain injury.

Thankfully he was left with no after-effects and now a father himself, Johnny says, “I can’t even begin to imagine the thought of being told that. I know people who have lost children and siblings to this horrible disease. I ran a marathon many years ago to raise money for the Meningitis Trust and I give to the charity every month. But I feel like I could do so much more.”

A barber by trade at Genesis Barbers, Johnny works a lot with families and children who have additional needs, providing hugely popular “Quiet Days” especially for anyone who struggles with sensory difficulties. After seeing a photo of Harmonie-Rose with her special letter from Meningitis Now Royal Patron the Countess of Wessex, inspiration struck.

Johnny says, “I saw an article on Instagram about a young girl who had lost her limbs but had raised over £70,000 for this fantastic charity – what an amazing achievement for such a young girl! She massively inspired me. 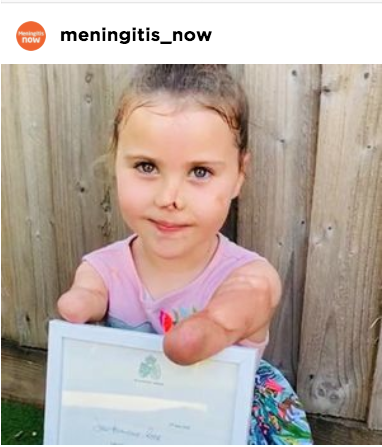 “Sunday 26 July is my 40th birthday. I’m fully booked for the whole day for our first “Quiet Day” back and I have decided that whatever I make on that day I’m donating to Meningitis Now. It’s not going to be a fortune but I’ll have a bucket in the shop to put towards it. I really want to do what I can to help.”

Thank you so much to Johnny for his incredible gesture – we can’t thank you enough and wish you the very best of luck!