Simon has been left with a range of life-changing after-effects, which means everyone in the family has adjusted their lives to become his carers - as Sarah, from Davenham in Cheshire, tells us here.

“Simon was a physically fit 39-year-old in December 2019. He was father to our three young children, although he'd been signed off from his stressful job in marketing due to depression.

“He fell ill with a cold at the beginning of December and began to sleep a lot. He was already on a cocktail of medication for his depression, but had missed a couple of doses due to the excessive sleepiness. When he complained about a headache and appeared a bit confused, I didn't think anything of it and put it down to him not managing his medication properly.

“After 36 hours of him being asleep, I started to be a bit concerned. It wasn't unusual for him to sleep for a day due to depression, but this was quite a long time. He got up in the evening and seemed to be struggling with the light, along with complaining of a sore neck. Alarm bells rang as I knew the symptoms of meningitis, so I immediately checked him all over for a rash. Finding no rash, I foolishly thought that I could rule out meningitis and sent him back to bed with a glass of water and some paracetamol.

“Things deteriorated until I found Simon unconscious on the floor in our bedroom the next day. He'd been around the house moving things around, lining up the children's toys and sorting the washing in piles around our bedroom and I began to realise that we needed help, although I had no idea how poorly he really was. 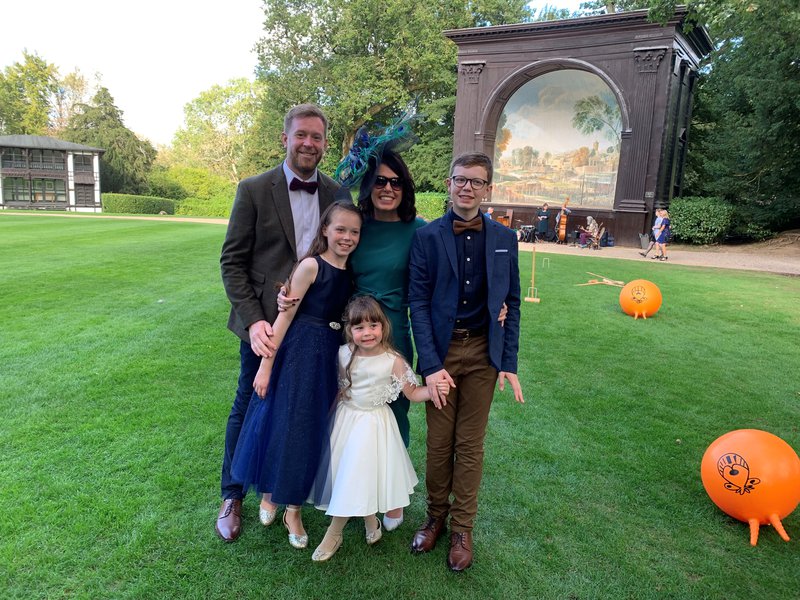 “When the ambulance arrived, Simon's temperature was 40 degrees and the paramedics struggled to get him onto the stretcher as he was totally unresponsive. The right side of his face was droopy and his eye was closed, leaving the paramedics to look at the possibility that he'd had a stroke.

“Once we arrived in hospital, Simon was taken straight to Resus and the staff started him on all kinds of different IV medication. They told me they didn't have time to work out what was wrong and give him the right medication, so they needed to treat him for all possibilities, then remove medication as they ruled things out.

“During the night, Simon was admitted to ICU and by the morning, they had decided that he had bacterial meningitis. 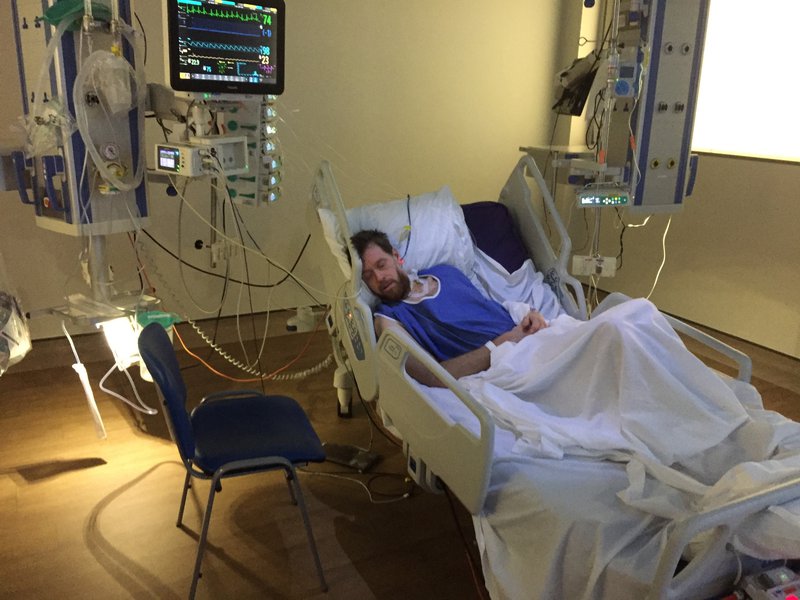 “Over the next week, Simon made slow improvements, until he could sit in a chair and feed himself and was moved to a general ward. He stayed in hospital for a further three weeks, including Christmas, eventually walking out on a Zimmer frame on New Year's Eve 2019.

Lost the person we knew

“Although we didn't lose Simon that night, we lost the person we knew. He's been left without any hearing in either ear and was implanted with two cochlear implants in February 2020. These have given him an incredible amount of hearing considering he has no hearing of his own, but it's still like living with an old man! He lost his balance along with his hearing and walked with support for a long time. He's now able to walk unaided in ideal conditions, but he needs to use walking poles if it's windy, gloomy, raining or if the ground is uneven. 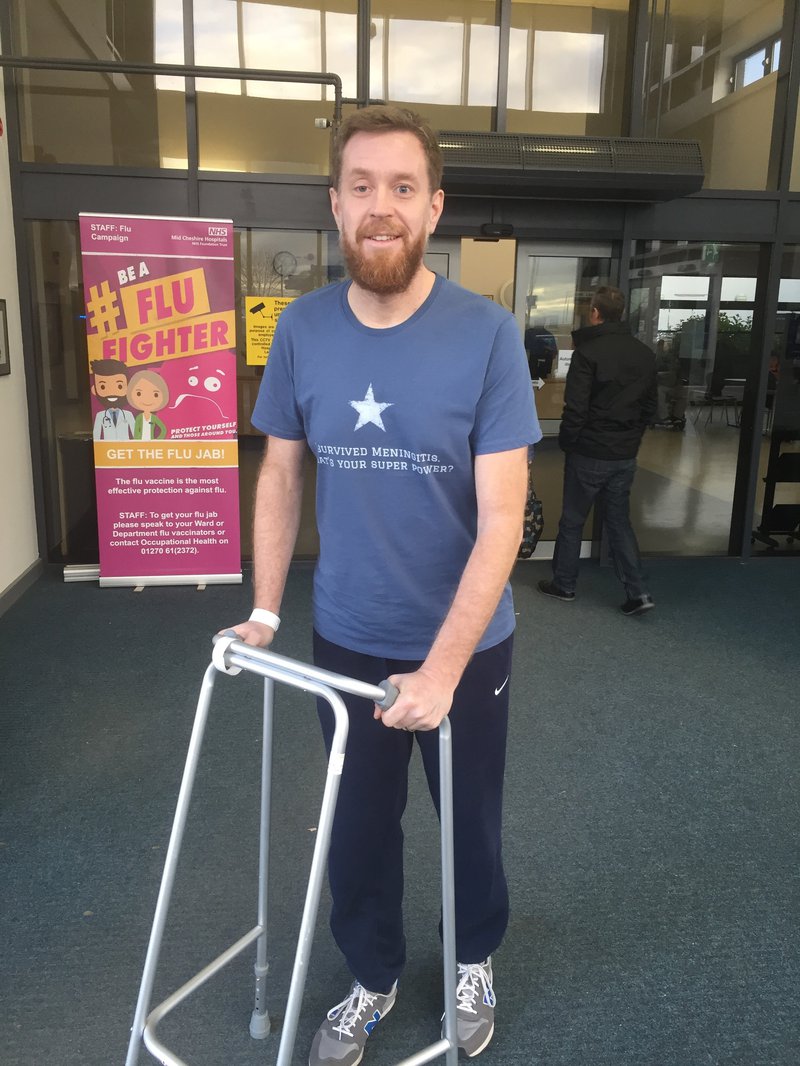 “He's no longer able to work or drive a car, but he has an adult trike that gives him some independence. Unfortunately, his eyesight in his right eye has deteriorated to nearly nothing and continues to cause problems.

“In terms of the damage to his brain, Simon has been left with severe memory loss. He needs to be told things several times over and has developed strategies of writing notes on his phone with instructions of what he needs to do. He's also lost his ability to think through consequences or to see things from other people's points of view.

“This has all taken a fair amount of adjustment, but we're very fortunate to have massively supportive friends and we've also got much better at asking for and accepting help! There are fantastic charities out there to support those in difficulty, such as Meningitis Now as well as charities that help the children as Young Carers and give them the chance to meet other children who have a disabled parent.

“Simon lives with the consequences of this terrible illness every day. The effects of meningitis stay with us every day. We have lost the figurehead of our family and we have all adjusted our lives to be carers, including the children who look out for Simon and are always one step ahead of him to look out for potential obstacles – even our 5-year-old!

“If I'd realised how seriously ill he was sooner, maybe the lasting effects would be less severe, but we'll never know.”

Sarah is keen to highlight that meningitis can come without a rash – expecting one made her dismiss other symptoms initially. Be aware of all the signs and symptoms and if anybody you know has any of them seek urgent medical help. Do not wait for a rash.

Sarah made a video of Simon’s meningitis experience. You can see it here: