Liana, from Heanor in Derbyshire, tells their story.

“A year ago our hearts were ripped in two when Primrose had what seemed like a sickness bug but then started having a fit.

“We rang 999 and the blue lights were there in exactly 90 seconds. I can still remember to this day how quickly they were there and the operator coming off the phone. Two paramedics came running in counting and then after two and a half minutes one grabbed Primrose while the other said to me, "Get what you need, we need to go".

“I grabbed a bag and ran out the door. As we were pulling off the street I said to the paramedic, "What do you think is wrong with her?" Primrose was lying down, completely dazed and not responding at this point. And then I heard the words I'll never forget from the paramedic... "I don’t know but I’ve never been to a child that's looked like this." My heart felt like it had been ripped out.

“When going into A&E someone shouted "Straight into resus" and then they took her down for a scan. About an hour after her scan a doctor came and sat me down. I was told Primrose had swelling on her brain and the best possible chance she had was to be put into an induced coma and transferred to the Queen’s Medical Centre (QMC) intensive care unit from Derby.

“Day two was the longest day of my life. I was sat down by a consultant and told to prepare for the worst. Primrose had meningitis. My words were: "No, it can’t be that bad. Her sister had it a year ago and she’s fine." I was told with the swelling on Primrose’s brain and how poorly she was, her body wasn’t fighting off the infection and that I had to tell her daddy Ryan she might not make it out alive.

“I felt like my own life was over. I couldn’t lose my baby girl. Nothing changed for a few days and then on day five they tried to let Primrose breathe on her own. After 27 minutes Primrose stopped breathing completely. I cried and cried and nurses and doctors were running around. There were machines going crazy. I didn’t know what to do. A nurse grabbed me and wrapped her arms around me – she even said she wasn’t allowed to be hugging me because of Covid rules but she didn't know what else to do seeing me stood there.

“No-one was allowed to visit Primrose because of Covid and I couldn’t leave and her dad couldn’t go – it was heart-breaking.

“Primrose was settled eventually with everything hooked back up. Her body wasn’t ready on its own. The next day they stopped her sedation to bring her out of the coma. I couldn’t wait to see her open her eyes. A day and a half later Primrose finally awoke from what felt like forever. I had to wait another day to hold her.

“On day eight Primrose was only on oxygen and her feeding tube as she couldn’t swallow. We moved onto the rehabilitation ward on day nine and my baby girl kept on fighting. By day 15 my baby girl swallowed for the first time in two weeks and stood up – my princess was allowed home. After what felt like forever she was back home with her family.

“She took a couple of months to get back to her normal self. She lost her speech, her balance and couldn’t eat and drink properly. Even her walking wasn’t the same and we were told there was a chance she wouldn’t be able to do any of those things how she could before. But a year later my fighter is the strongest, bravest little girl ever and couldn’t be any fitter or healthier.

“Primrose – my reason to never give up on anything, my princess.” 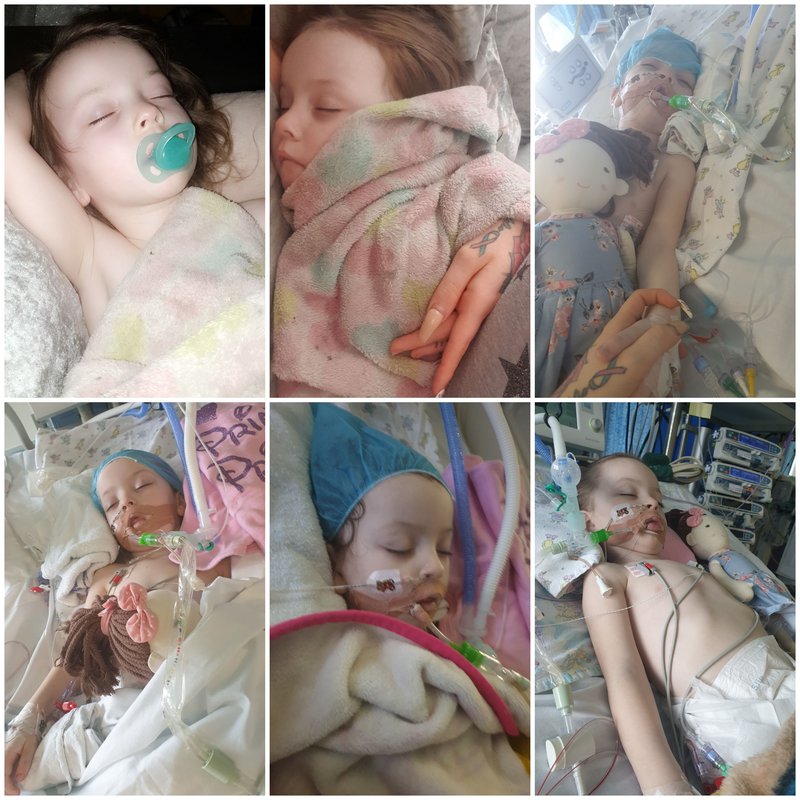