But after two weeks of battling, the little fighter managed to pull through, and his parents took a picture of his first smile after beating the potentially fatal illness.

Sally and Rob, from Cheltenham, are just pleased to still have Callum, who is now 15 months old – but the meningitis has left its toll. He has lost 90 per cent of his hearing in his right ear and 50 per cent in his left, and now wears an aid.

It was during Sally’s first day back after maternity leave at her new job as a fundraiser at the Linc cancer charity in Cheltenham when Callum first developed a temperature on January 8. Staff at Tree Tops Day Nursery spotted his slight temperature, but that was all it was until later that evening.

Soon Callum began vomiting and his temperature reached 40C so Sally and Rob called an ambulance. He was taken to Gloucestershire Royal Hospital where they diagnosed him with a virus. The family returned home and Callum seemed to perk up a bit, but less than 24 hours later he took a turn for the worse and they called an ambulance again.

Sally, 35, said: “He was like a lump of jelly. He was not reacting to anything. To see him lying there helpless was just unbearable. He could not keep anything down apart from breast milk and I believe that is what kept him alive – I don’t think he would still be here now if it weren’t for that. While I was in hospital I just could not leave his side. I tried to stay positive and get through each day by being strong for him. There were times when I would go into the shower and just cry because I didn’t want him to see me upset.It was so hard, but we somehow got through it. Whenever we started to see any improvement it just spurred us on and slowly he came back to us. His first smile after the illness was just amazing and something we will never forget.”

His first smile was amazing

Rob, 36, added: “It is not something you expect to go through and it was such a shock. Coming to terms with it has been hard.”

The first-time parents both said they were given incredible support from their family, friends, hospital staff and various charities, including Meningitis Now. To mark six months since Callum’s recovery, they held a fundraising event at Blue Skies Children’s Centre in July in aid of Meningitis Now.

Sally says, "Nearly five years later, Callum is thriving at mainstream school with the fantastic support of the staff there and his teacher for the deaf, Patricia Leslie. He absolutely loves school and enjoys lots of extra-curricular activities such as drama, football and swimming. Learning to read has been a huge achievement for Callum and he amazes us every day with his courage, bravery and zest for life! Being deaf has its challenges for sure but he gives everything his best shot! Callum was recently given an award as a finalist at the Breeze Local Hero child of courage category."

"I would like to thank Meningitis Now and Glos Deaf Association for all the support they provided for Callum and our family in the early days after diagnosis and to this day, I don’t know where we would have been without this." 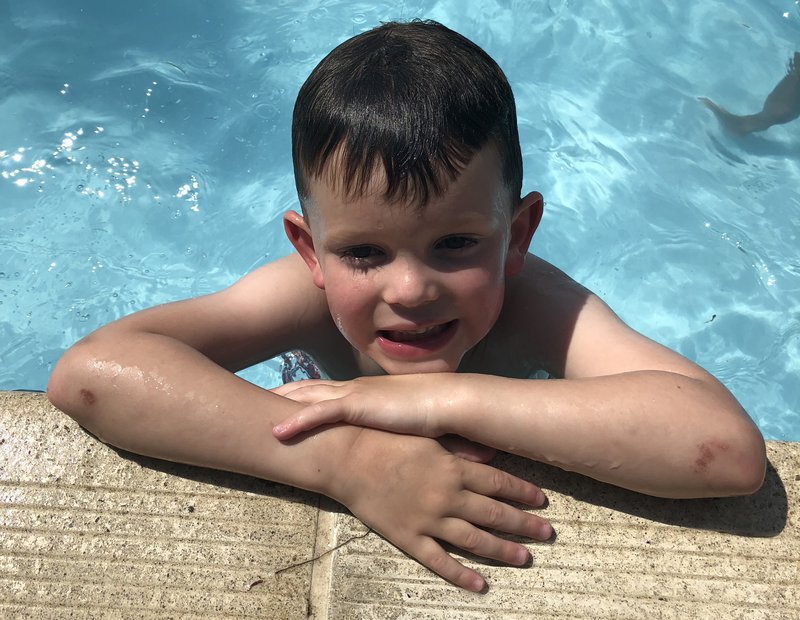